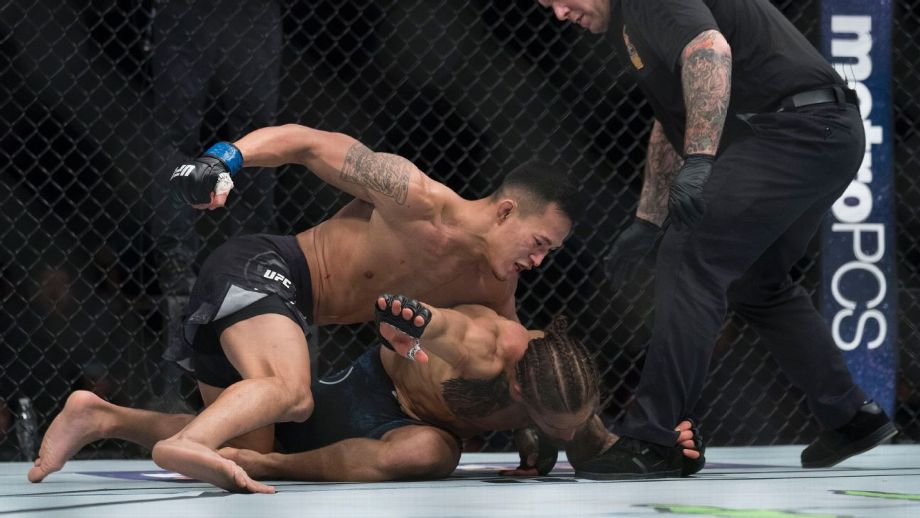 Andre Soukhamthath defeated Luke Sanders in December by second-round TKO. He credits a shift to plant-based protein as a factor in the win. (Kyle Terada-USA TODAY Sports)

It was the first time a comparison of plant-based protein and animal-based whey protein was studied specifically in professional athletes. The tested group consisted of 11 MMA fighters, with seven of those fighters currently under contract with the UFC.

“Non-dairy and non-meat proteins are often considered inferior to meat-based proteins,” Kalman says. “There’s now mounting evidence that not only in college-aged athletic individuals, but in elite athletes such as MMA fighters, that the rice protein works just as well for helping a person maintain body weight and muscle mass as comparatively to whey. In addition, we tended to see that body fat was reduced in the rice protein group as well while muscle was maintained.”

The group of fighters, which included former UFC light heavyweight title challenger Anthony “Rumble” Johnson, were divided up into two groups: “Team Plant” and “Team Animal.” Over the course of six weeks they were instructed to consume three scoops per day (75 grams total) while following their normal diet and training process. The participants did this through shakes or mixing the supplements in food like oatmeal or pancakes.

All athletes were tested periodically with ultrasound technology to measure body composition. 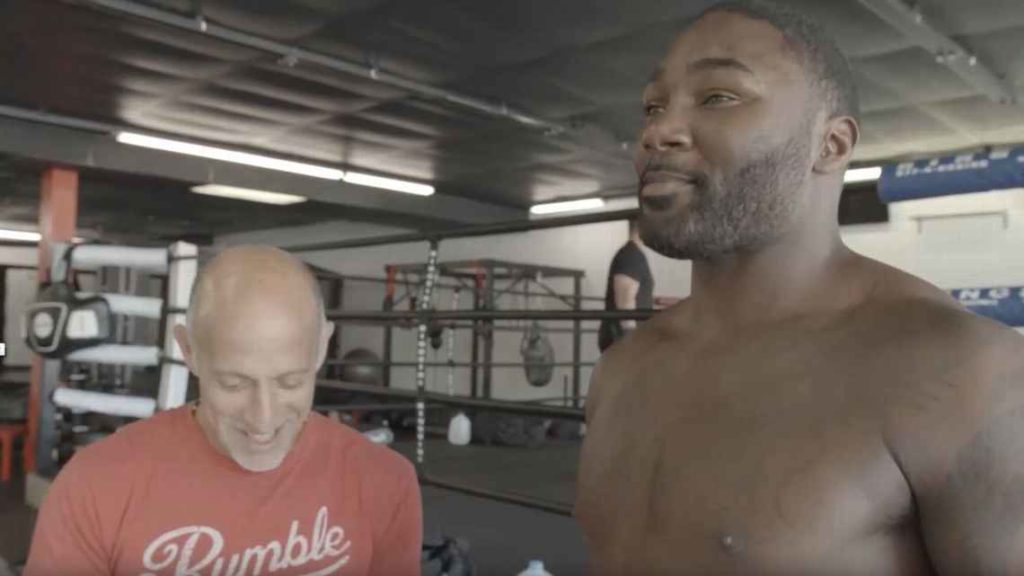 Anthony “Rumble” Johnson worked with Dr. Douglas Kalman in a study comparing plant vs. animal-based proteins. (Courtesy of Will Harris)

Whey protein, according to Kalman, is the most popular protein supplement largely based on it being first on the market. The results are also clearly there. But some athletes are vegetarian or vegan and will not take it. Others simply do not like the taste or have had stomach issues and need other avenues for a protein source during intense training.

Andre Soukhamthath is one of those people.

The UFC bantamweight fighter said whey protein filled him up too much, and always left him feeling “like there was something in my stomach that I was carrying around.” Even during workouts, it took a long time to digest. He first tried brown rice protein ahead of his bout against Luke Sanders in December and believes it made a difference in his performance. Soukhamthath easily made weight and won by TKO in the second round.

He continued as part of “Team Plant” and was once again pleased with the results. “I loved the plant protein,” Soukhamthath says. “It just goes well with my digestive system. I noticed that it has kept me maybe four or five pounds lighter than when I was using whey protein.

“When you’re on a diet and you’re watching your carbs, you’re low on energy. That’s where the plant protein came in. It’s a protein that gave me energy and made me feel full so I didn’t want to add to my diet.” 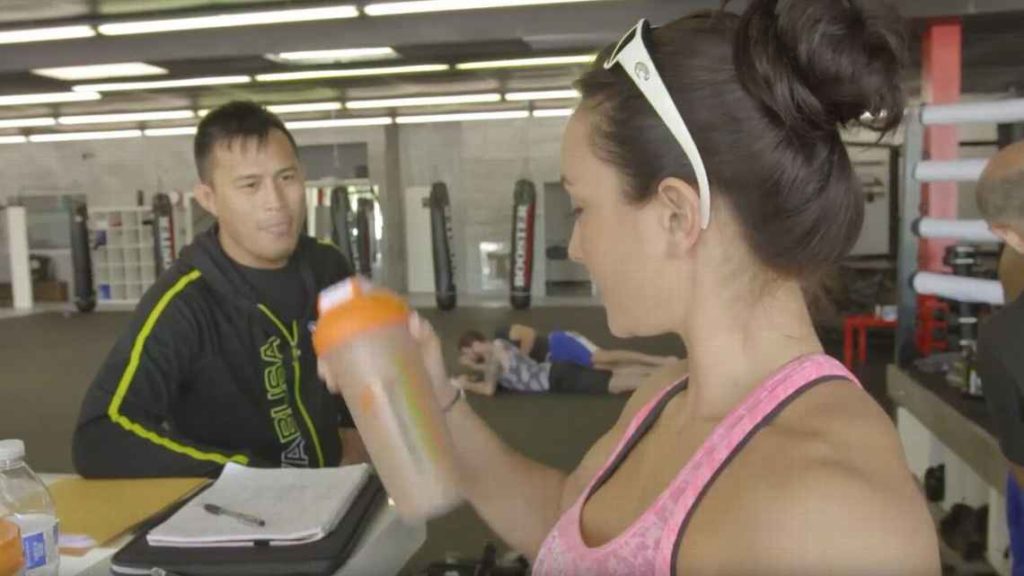 Andre Soukhamthath worked closely with sports nutritionist Alison Escalante while training for his most recent bout. (Courtesy of Will Harris)

UFC featherweight Chas Skelly was part of the meat-based protein group, however he said he’s excited to try the other supplement in future fight camps.

“MMA is a fairly young sport, so anytime something new comes out and people jump on it, it’s always improving your game,” Skelly says. “Obviously the results are there, so there’s no doubt that it works. I’m going to try it for my next camp, for sure.”