Two Axiom SKUs—VegoteinTM MA (meat analogue) and Vegotein™ P80— were recently chosen to be tested against the leading quality competitor. What the testing facility found was that Vegotein P80 works well vs. others brands in certain applications, and Axiom’s new Vegotein MA works exceedingly better in others. In particular, Vegotein MA when compared to soy had the highest gel strength, water holding capacity and emulsion stability. 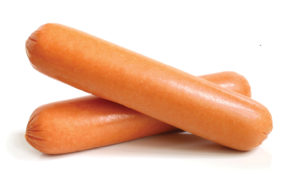 Superior Gel Strength
Despite having a lower protein level both Vegotein MA and P80 have a much higher gel strength. This is particularly apparent at lower water levels, but at the highest ratio of 1:6 Vegotein MA still maintains the best gelation. Given this gel strength, Vegotein MA could replace or at least reduce the need for gums.

Good Emulsifying
All of the pea proteins work especially well at lower concentrations of water and oil. The emulsifying capacity score is based on visual observations and the numbers represent emulsions with the highest amount of water and oil that did not separate. 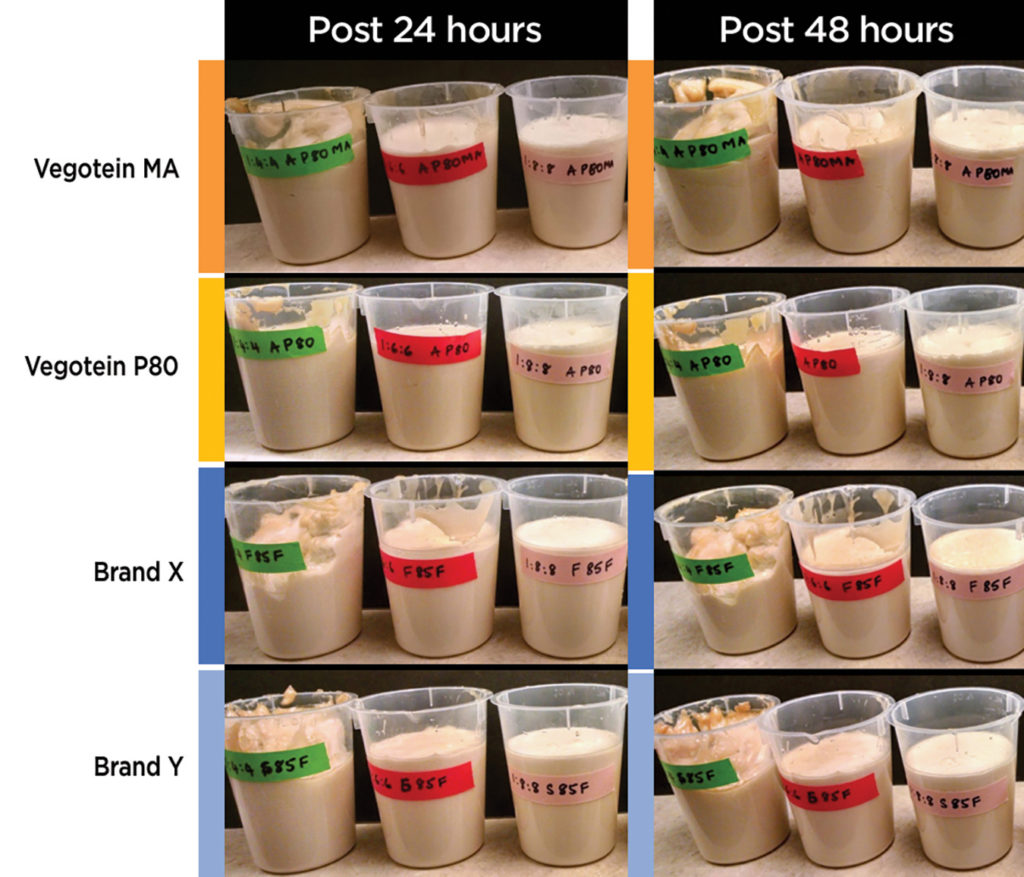 Excellent Water Holding Capacity (WHC)
Vegotein MA increases the holding of water and decreases syneresis, which can result in an improved consumer experience while reducing the COG.

Superior Emulsion Stability
This experiment shows that when using Vegotein MA, hot dogs can hold significantly more water and fat, with less fall out. This can result in lower COG and increased flavor. 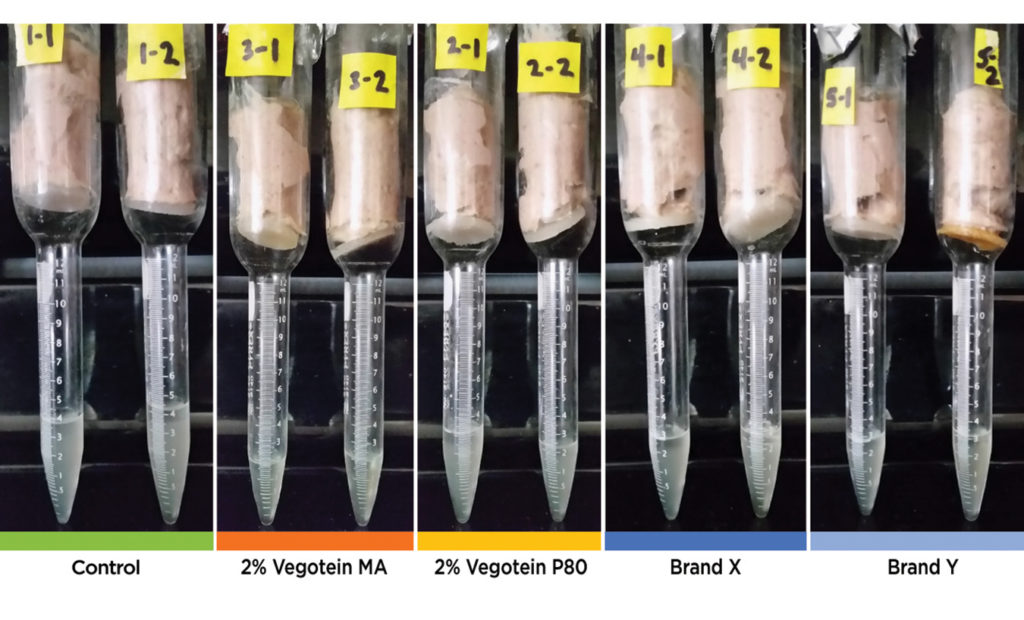 Two is Better Than One Pea Protein Option
Both Vegotein P and Vegotein MA have beneficial functions depending upon the formulation goals, especially when blending ingredients for a particular result. When comparing both of these Axiom Foods ingredients in a vegan textured soy patty functionality test there were multiple variations — thus giving a choice.

When measuring cooked yields, a control formulated with a soy isolate and wheat protein blend, was compared to two of Axiom Foods’ pea protein SKUs. The results showed that Vegotein P was significantly higher than the control and Vegotein MA was not far behind.

The firmest texture was seen with Vegotein P while Vegotein MA tested as less hard in the peak force of the first compression. 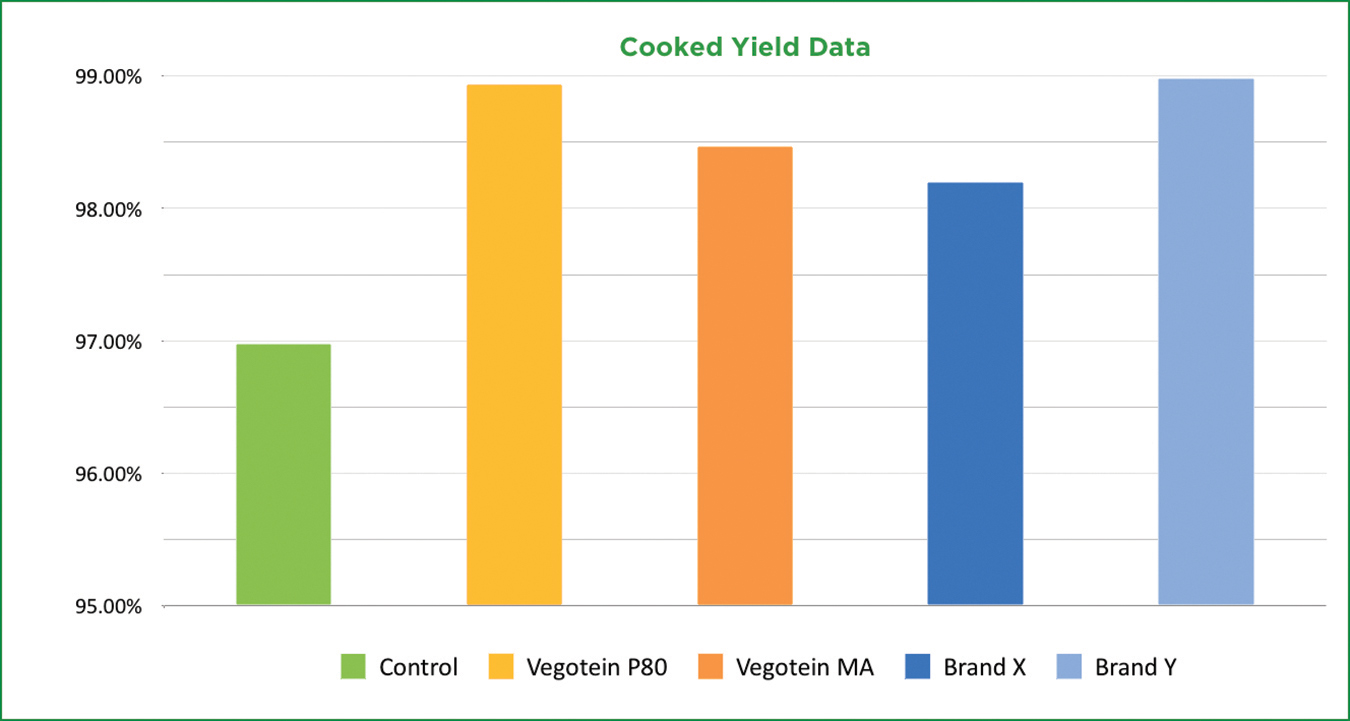 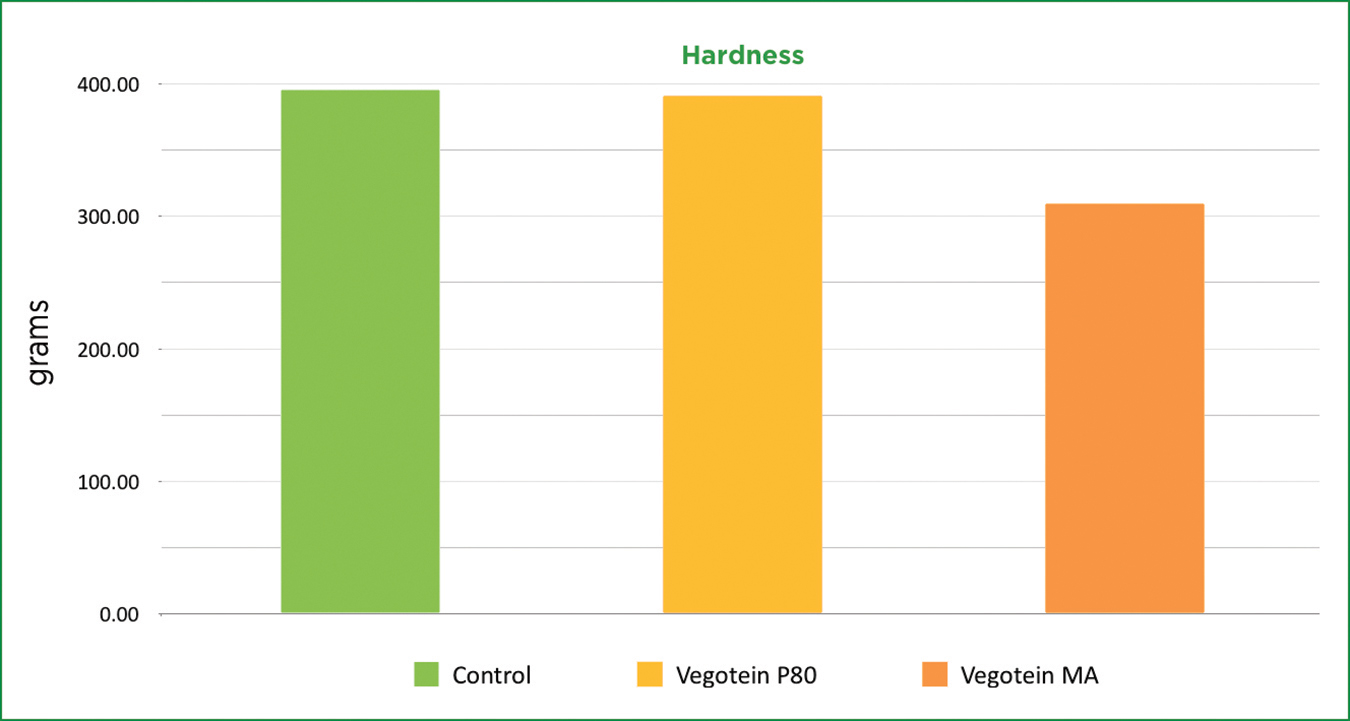 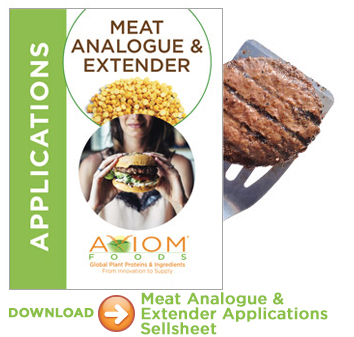