Everyone has their own set of predictions for every new year, but the bold are willing to step it up a notch and cast their crystal balls further. What are the trends that will carry not just into the next annum but will span the coming decade?

Many believe the next 10 years will see a green wave slowly take over almost every type of application, with plant-based foods gaining an increasing share of the market. The globalization and fusion we’ve seen in flavors won’t abate any time soon, and both sugar and salt are being viewed through a different lens.

Without further buildup, let’s dive in to a broad-brush look at the top formulation trends coming our way in 2020 and beyond. 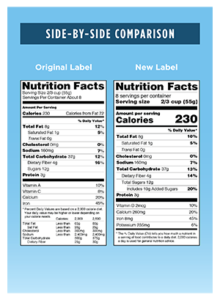 Sugar has been demonized for some time, but this month brings it a new scarlet letter. The Nutrition Facts panel on most food and beverage products was required to declare added sugars as of Jan. 1 (processors with less than $10 million in annual food sales have until Jan. 1, 2021, to comply).

Some branded marketers have been labeling added sugars for a while, but all processors are now wondering what that call-out will do to sales.

The vast majority of Batory Foods customers are looking to reformulate, “with the goal of reducing the sugar or added sugar content of their products,” says Vince Pinneri, executive vice president of the supplier, which was founded in 1979 as Chicago Sweeteners.

Good thing, too, as a study by Ingredion Inc. found that 80% of respondents notice the grams of added sugars on the nutrition label, with three-fourths reporting a negative impression of products based on that information and a strong majority (66%) saying it would negatively impact their purchase decision.

Pinneri says, according to his company’s records, there is no single sugar substitute that has captured the lion’s share of the market. Choices for alternative systems are based on functionality and sweetening goals.

However, “The ingredients with the most interest have been allulose, stevia and soluble fibers,” he adds. Allulose just passed FDA clearance as a food additive last April. Even though it’s a form of sugar, a “rare sugar,” it contributes virtually no calories, and the FDA ruled allulose can be excluded from the total and added sugars declarations on the Nutrition Facts panel.

Blue California is among the companies developing allulose. “We are currently in the process of filing for GRAS [generally recognized as safe] for allulose, and hope to have a product available to sell [this] year,” says Katie Ferren, vice president of sales and marketing.

Clinical trials show allulose amounts to 70% of the sweetness levels of normal sugar (high-intensity sweeteners, including stevia, can be 200 to 300 times as sweet). Allulose offers formulators the clean taste, bulk and similar functionality as regular sugar.

Stevia use continues to grow, here in the U.S. and globally. The first generation of the sweetener, when it first got FDA approval in 2008, focused on the rebaudioside A component of the stevia plant, the most plentiful and easiest to extract. But reb-A had a bitter or licorice-like aftertaste, which slowed stevia’s adoption.

The past two years have seen emphasis on extracting rebaudiosides D and M which, while less plentiful and more difficult to extract, have less or no aftertaste. Even more recent development work has focused on producing those rebaudiosides by fermentation rather than by leaf extraction.

Monk fruit extract is 150 to 200 times sweeter than sugar and can be difficult to grow and expensive to import. Monk fruit has two things in common with stevia: it’s natural/plant-based and it can suffer from taste issues. While it was the talk of the ingredient world in the first half of the past decade, its adoption has slowed greatly and some ingredient companies are no longer supplying it.

With a grain of… 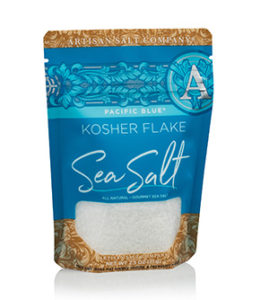 Salt, too, has been disparaged in recent years. Yet in some culinary circles its premium varieties, especially sea salt, are finding new fans.

“When we started SaltWorks, we were surprised by how difficult it was to source all-natural sea salt,” says Zoske. “However, as Americans started becoming more interested in chefs and the culinary scene as well as health and wellness, they started inquiring about sea salt.

“We see the trend continuing to grow as more people become aware of the cleaner taste and nutritional benefits of sea salt versus refined industrial sea salt and notice ‘sea salt’ mentions increase on menus and their favorite food and beverage products.”

Protein: To soy and beyond!

Buzz Lightyear’s famous line of “to infinity and beyond!” from the Toy Story franchise could just as easily apply to plant-based proteins. There seems no end to the types and varieties of plants scientists are exploring and developing to mine for their protein content.

Soy has been a mainstay for many years and remains the top plant protein, with Innova Market Insights stating 66% of global new product launches in 2014-2018 contained soy protein, with a compound annual growth rate of 9%.

However, new plant proteins appear with regularity. Whole Foods reports “trendy” brands are slowing down their use of soy and replacing it with “mung bean, hempseed, pumpkin, avocado, watermelon seed and golden chlorella,” bringing a “spectrum of plant-based amino acids to the table.”

Innova also notes a 68% average annual growth over the past five years for food and beverage product launches with a plant-based claim.

Axiom Foods, supplier of a broad spectrum of plant-based alternative protein ingredients, said 2019 was a breakout year for plant proteins as a category, sparked by one particular foodservice product introduction. Kay Abadee, director of marketing, pins it on the introduction of the Beyond Meat burger and the transformation it and others in the new-generation of veggie burgers made in just a few years.

In order for plant proteins to compete and gain market share, there had to be improvements in their taste, texture and aroma. And there have been, says Rick Ray, director of new ingredient technologies for Axiom. He works on giving the company’s ingredients, particularly the pea protein lines, a more neutral profile, so they can be utilized into lighter tasting, lighter colored products.

“In the past, the approach leaned toward masking, which hurts a clean label,” says Abadee. “The more neutral the proteins are, the shorter the label. We are improving plant proteins by leaps and bounds to get to a place where ingredient lists are shorter and ingredient names aren’t so scary.”

While there are many plant proteins already available, there are many more that could join the ingredient mix, once scientists can solve the formulation and sustainability puzzles they present.

Likewise, while veggie burgers have stolen the spotlight, “other faux meats such as chicken and seafood are next,” Ray predicts. “Seafood will be the next big one.” He mentioned that, while at Food Ingredients Europe in December, he tasted a faux tuna made with plant-based proteins that was “out of this world.”

In 2018 an Innova Market Insights survey asked whether or not respondents loved to discover new flavors. Globally, 67% in China, 66% in the U.S. and 61% in the UK gave a resounding yes!

Flavor preferences might lean a bit on the side of Asian-based menu items, according to Comax Flavors in their predictions for the coming year. Foodable Research Labs logged a 30% increase of Asian flavors on menus as fast-casual restaurants.

Alongside continuing interest in global and fusion flavors, “the mystery flavor phenomenon” will continue into 2020, predicts Tom Vierhile of Innova. Some processors have been introducing products that prompt consumers to “guess the flavor.”

The prebiotic fiber inulin is “having its moment in the sun,” due to several factors, according to New Nutrition Business. These include the strong consumer desire for less sugar, for more protein and for products that support digestive wellness. Inulin not only enhances fiber content on the label, it can help replace natural sugar as well.

According to Julian Mellentin, food and beverage consultant for New Nutrition Business, the number of products launched between 2012 and 2019 that featured inulin doubled in number.

marketing@axiomfoods.com2020-08-31T21:51:29+00:00December 26th, 2019|Axiom in the news|
Page load link
This website or its third-party tools use cookies to process personal data.We do not sell or share your personal information, however in accordance with CCPA, you may opt out by using the link Opt out of cookies.
×
Manage consent