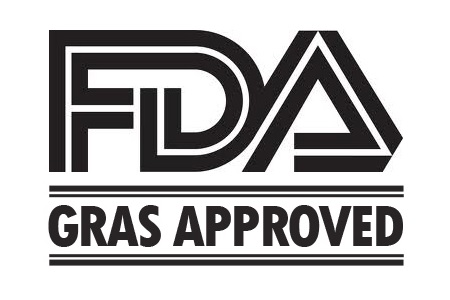 The GRAS approval is a standard set forth by the U.S. Food and Drug Administration (FDA); an acronym, which specifically recognizes a substance as Generally Recognized as Safe, under the condition of an intended use. The achievement of GRAS status represents a gold-standard affirmation of an
ingredient’s safety. GRAS approval demonstrates Axiom’s superiority in tests of safety regarding how it’s processed, the product’s constituents and exposure to consumers. The approval was granted for the use of the plant-based protein as a high quality, allergen-friendly protein in food grade products as both replacements for, and in conjunction with, soy and whey protein. Oryzatein is used in beverages, baked goods, confectionery, dietetics, nutraceuticals, sports nutrition and other products needing functional food properties and often desiring a clean label.

The final evaluation was signed by all members of an expert panel headed by Jim Heimbach, formerly of the FDA and USDA and specialist on issues regarding the regulation of food ingredients. The GRAS recognition of Oryzatein was confirmed based on scientific method, corroborated by extensive history of use, and agreed upon by the third-party appointed panel.

Oryzatein is the only patent-pending, GRAS approved, whole grain brown rice protein with suspension grade options, fractioned without use of hexane petroleum byproduct, unlike all soy proteins and some rice proteins, and is to become the USP monographed standard for the industry.

“Since 2005, we’ve worked hard to source rice from the most pristine fields in the world,” said David Janow, CEO of Axiom Foods. “We’ve also co-founded the World Rice Alliance, innovate healthful fractioning processes, are the only brown rice protein with third-party clinical research and have attracted the scientific community to use our products in their research. Additionally, we were the
innovator of melamine-free and hexane-free brown rice protein when no one else was adhering to those standards. This GRAS approval gives our customers another reason to insist on ‘Oryzatein Inside’.”